I think any relationship needs mini-vacations. Stuart and I try to take a regular day somewhere new – preferably out of the city. In fact, we decided this year to do 24 ‘new’ things to keep exploring Joburg and surroundings. (Although, I admit we have already lost count…)

Anyway – today’s excursion was to Hartbeespoort dam, more specifically to a ‘live-movie set’ called Pretville. It was the film set for an Afrikaans film of the same name – a musical set in the 50s. They have preserved the film set for an attraction and a setting for events.

As I have never really been that into Afrikaans music or movies, most of the plot escaped me. But it did make some great photos of 50s cars.

It does say something about Stuart’s patience that he is still keen on going to these outing with me, knowing a lot of the time will be spent on finding the right camera angles… 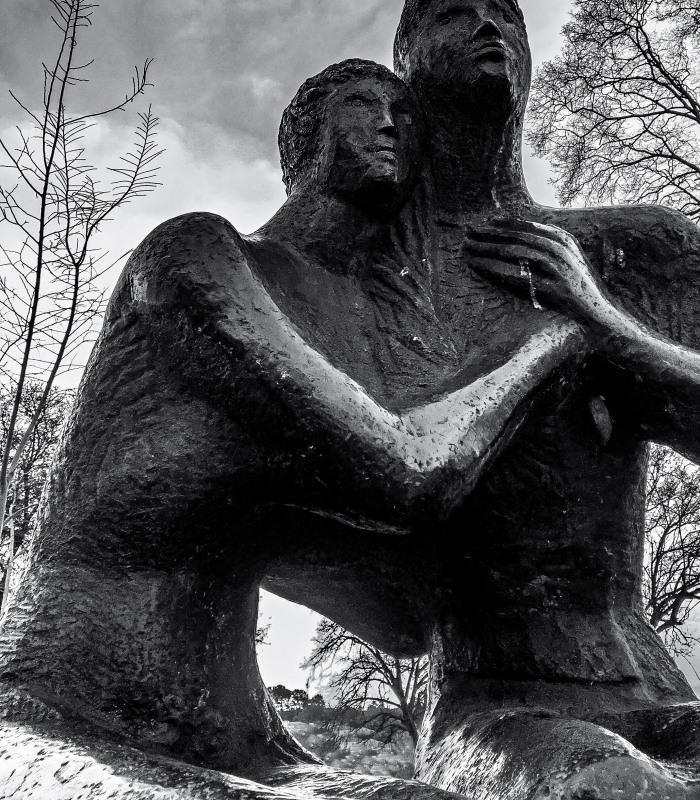 Close to our house there is a very sweet statue of a sister and a brother – or maybe sweethearts – leaning to each other and smiling.

Change the angle, have a few dark clouds in the background and add some contrast – and the scene changes. Something threatening is approaching and the brother is wrapping his arms protectively around his sister…

It’s all in your point of view.

I think i said it earlier – naartjies are my favourite fruits. Luckily they are in season three times a year. (Fresh does not always mean green…) For today’s photo I wanted to play around with the idea of stored vs. fresh food. Some difference.